Recently, legendary driver Terry Grant repeated his Jaguar SUV F-PACE loop-the-loop
stunt on a 19 meter ramp. This time, the setting was located on the famous sea front
the Bund in Shanghai. Grant’s first time performing this hazardous act was in
Frankfurt, Germany, where he actually broke the Guinness World Record back in 2015.
Both times, production company Imagination highlighted the event with SGM G-Spot
moving heads, ensuring that the impressive spectacle was highlighted in a worthy and
festive manner.

Project Manager Alex Qian from Imagination says: “The Chinese market is being
flooded with cheap lighting fixtures. However, we wanted nothing less than the best of
the best that could display the luxury car brand Jaguar the way it deserved to be.
After a test of the G-Spot, there was no doubt: Delivering the strongest colours and
being IP65-rated, the G-Spot was the optimum choice for this outdoor event.’

Despite a very narrow deadline, the Chinese SGM distributor, IAG Sanecore, ensured
that the 50 pcs. of the G-Spot required were delivered in due time. 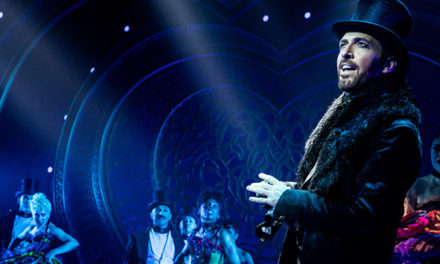