The fixtures helped lighting designer and operator Gary Sam create a bright, balanced and consistent look for the live broadcast of the international panel in the Convention Centre’s Plenary Room.

With the theme ‘Shaping Inclusive Growth and Shared Futures in the Fourth Industrial Revolution’, the WEF saw leaders from across the globe gather to discuss the future of Africa. Hirezone was appointed by an international team to supply all technical for the entire event.

This was the first time for Hirezone using their new VL2600 Profiles, which they had purchased from South African Vari-Lite distributor DWR Distribution. Initially, when returning from Prolight+Sound in Germany earlier this year, Hirezone owner Richard Gild had five manufacturer’s options to choose from. Not being a dedicated lighting company, Hirezone needed a fixture that would offer both high quality performance and a good return on investment. “Three factors that my business partner, Garth Lawler, and I had to take into consideration were support, functionality and price,” said Gild.

Deciding on the support offered under DWR banner, he was left with three brand choices. “Vari-Lite has an excellent reputation as a brand, especially focusing on its quality optics. Eventually, once I’d seen the light, it became a no-brainer,” he said. “It delivered everything and more, and this was before seeing it in the field. Once we used it at the World Economic Forum, we were very happy to have made this choice. The VL2600s exceeded our expectation and made our jobs a lot easier. We had a stress-free show as a result.”

With serious topics under discussions at the World Economic Forum, the international technical team wanted a crisp, white look. Twelve VL2600 Profiles were positioned on a rectangular box truss hung over the stage area and on three house trusses, for front light and to get lower and higher angles as needed.

Having never used fixtures in the VL2600 range before, designer Gary Sam initially assumed they would be similar to Vari-Lite VLZs. “When I switched them on, I was blown away, and I really can’t stop talking about them!” he said. “It’s such a good light, and I love the brightness. The amount of light coming out of the LED source is unbelievable.”

Two VL2600 Profiles were also used to light a side banner. “I loved the fact that every morning when I went to the cue, the lights remembered exactly where the shutters were meant to be,” said Sam. “And I would not have to make any adjustments to square them off on the banner. It was one less thing to fix every day before the various sessions took place.”

With some fourteen presidents or speakers on stage, the international lighting designer measured the level at every single chair on stage with a light meter. “Every chair was perfectly balanced thanks to the VL2600s, which provided our key light,” said Sam. The picture was also well-lit for audiences watching the broadcast from home.

“The VL2600 is not a fixture we will use every day, but as we speak, it’s in the prep bay getting ready for the next three-day forum, where it will work alongside its bigger brother the VLZ,” commented Gild. “It is a slightly niche market light, but I suppose it depends on how you use it as it can do almost everything. I believe this fixture fits right in the middle of the market. It is excellent for the corporate market, and I believe, at its price, it can deliver a good return. ROI is what it’s all about! I am hoping to attract the cross-rental market here in Durban, where I believe it’s the first of its kind – with blades – in our region. It would be great if more rental companies investing in this unit, so we can all enjoy more fixtures on our shows.” 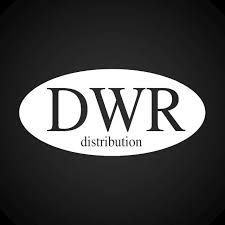 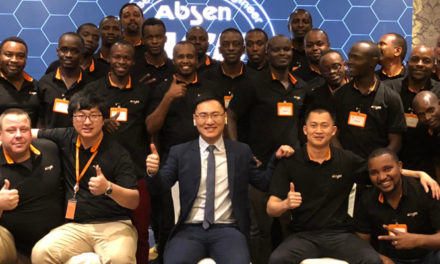