Integrated Visions is a collaborative artist team made up of artists Michelle Penland Dodson and Bryan Dodson currently residing in Brooklyn, NY.  Integrated Visions combines a fine art training and sensibility with a ground up understanding of cutting-edge technology to create immersive installations, artworks and public art.

Being one of the first artist teams in the United States to execute a large-scale architecturally projection mapped show, Integrated Visions has since become recognized as a leader in the field, including being the first artist group credited with projection mapping in a major motion picture for their work in “The Hunger Games: Catching Fire”.

Integrated Visions is in the process of creating a new extended reality (xR) video production studio called Choreograf Studios, which will be focused on utilizing real-time render engines to create in-camera visual effects for film, TV, advertising, live events, and corporate communications.  The Choreograf Studios team has built an integration lab in Brooklyn where they are currently testing equipment and software as well as developing a workflow that they will soon deploy on commercial projects.  Integrated Visions has been using a BlackTrax system (provided by Visional Productions) for object and talent tracking for in-camera xR special effects.

As part of this testing, Integrated Visions has collaborated with other designers, dancers, choreographers and producers to create small xR projects to introduce other creators to the medium while allowing Integrated Visions to test their workflow against client expectations.

One of these projects is a collaboration between Choreograf Studios, Lauren Beirne Danceworks and Currency Audio (Rajeev Maddela) using Disguise xR to create a dance video about the merging of humans and technology.  Analog Swirls in Digital Whirls, directed by Michelle Penland Dodson and choreographed by Lauren Beirne, was shot using xR virtual sets and special effects captured in the camera during the shoot.  Using xR, the special effects can be seen on set by the director, camera operator, and talent in real time, and all shots are reviewed immediately following each shoot without the need for a lengthy postproduction process.  Throughout a shoot day, the entire team can be confident they are getting the shots they need to fulfill the director’s vision.

“Our designers have known about BlackTrax for years, but we didn’t start focusing on adding it to our toolkit until our studio began using Notch as our primary content creation platform last year.  The combination of Disguise media servers and Notch real-time content opened a very stable environment for our team to utilize in creating interactive 3d content, and so it became important for us to get reliable tracking data into our system to drive interactive effects.

We met Visional Productions through industry Facebook groups and were immediately impressed by the work they were doing, so when the time came that we needed a BlackTrax system for a project they were the first people we called.  We collaborated with their team to produce a motion-tracked rigid body mapped video projection onto multiple moving boxes during a corporate presentation for UPS.  The final product was a hit and Visional Productions were a pleasure to work with, so we continue to reach out to them whenever we need a BlackTrax system for a project.” – Bryan Dodson

The system that Integrated Visions is currently using is a six-camera BlackTrax system for object tracking, a Stype Redspy system for camera tracking, the Notch real-time rendering engine, and a Disguise GX2 Media Server.

Always curious about user experience, we asked how Integrated Visions found using the BlackTrax system, if it was complicated or not. Like any new piece of gear, training is of utmost importance so that while using the system, operators feel confident and know how to use all its features and capabilities to the fullest.

“I found BlackTrax to be a little overwhelming at first, but after I went through training and used it a few times, I found it to be straightforward to set up and operate.  Once the system is up and running, it is extremely easy to operate and turn off and back on.” – Bryan Dodson

“Honestly, I had pretty high expectations.  It has met those expectations and I would feel comfortable adding it to any production.  I trust that it will perform as expected every time we use it.  The first few projects in which we utilized BlackTrax commercially involved projection mapping onto moving items that were tracked by BlackTrax. This seems to be one of the most unforgiving ways to use this system, because it requires very accurate calibration with the projection system, but it performed very well for us every time.”  – Bryan Dodson

Choreograf Studios plans to open a full-service studio in Brooklyn, NY focusing on extended reality and in-camera augmented reality effects.  Now that they have BlackTrax object tracking in their toolkit, Integrated Visions has been finding more and more ways to incorporate it into productions and pitch it to clients.  Confidently, they turn to BlackTrax whenever accurate and dependable object tracking is needed for a project.  In fact, Integrated Visions currently has several projects in the pipeline in which they plan to integrate a BlackTrax system.  Integrated Visions plans to continue their research and development in xR, and BlackTrax continues to play an important role in this.

We are thrilled and excited to see our products in use for so many innovative and exceptional productions, pushing boundaries and unleashing imaginations everywhere. We can’t wait to see the result from Integrated Visions’ projects and their new xR studio Choreograf, and we will be sure to share as they come in. 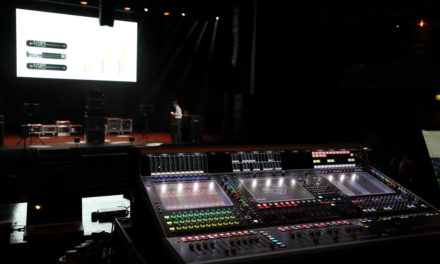 DWR brings it home with L-Acoustics 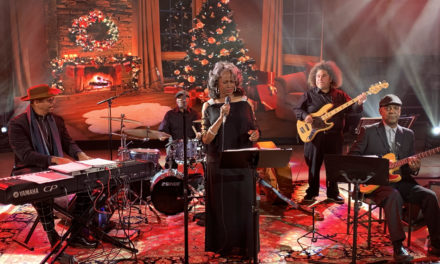 ICONIC SOUND WITH JBL by HARMAN 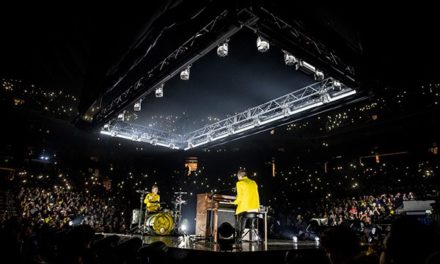 Meyer Sound soars with Twenty One Pilots on “Bandito Tour” 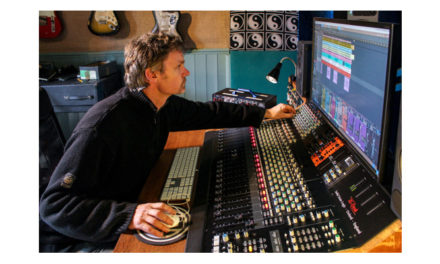 Maverick opts for XL with SSL